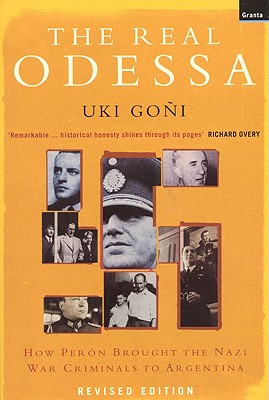 Drawing on American and European intelligence documents, Uki Goni shows how from 1946 onward a Nazi escape operation was based at the presidential palace in Buenos Aires, harboring such war criminals as Adolf Eichmann and Josef Mengele. Goni uncovers an elaborate network that relied on the complicity of the Vatican, the Argentine Catholic Church, and the Swiss authorities. The discoveries made in this meticulously researched book reveal the entangled web of the Nazi regime and its sympathizers and has prompted Argentine officials to demand closed files on the Nazi era from their current government.