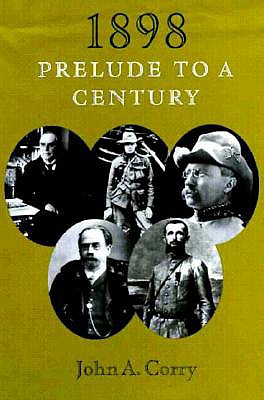 PRELUDE TO A CENTURY

The twentieth century is often referred to as "The American Century". In this new book, John A. Corry examines how the year 1898 was the watershed that set the scene for the century that would follow.

It was 1898, in a decisive victory in a war with Spain lasting less than four months, that the United States acquired territories in the Caribbean and Pacific, marking its fast major step toward becoming a world power. Other important events led to rivalries and alliances that determined the outcome of the First World War.

Title: PRELUDE TO A CENTURY

PRELUDE TO A CENTURY